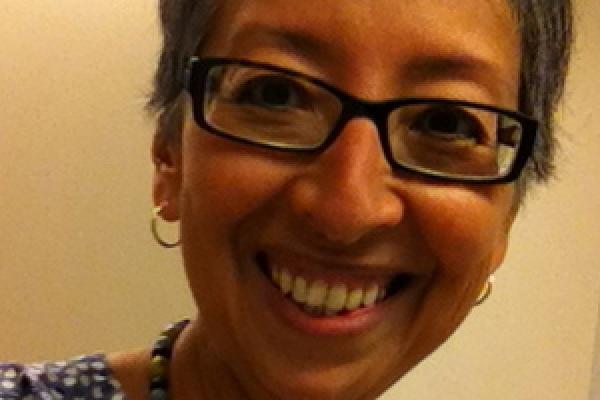 The Center for Ethnic Studies is pleased to announce Theresa Delgadillo, Professor of Comparative Studies and former director of the Center, as the recipient of its 2019-2020 Award for Distinguished Service. Theresa Delgadillo’s influence in the Ethnic Studies community at Ohio State will be felt for many years to come. An original and prolific scholar in Latinx Studies, Theresa also contributed immensely to the institutional development of Latina/o Studies and then Ethnic Studies at Ohio State, advocating strongly for development of the Center for Ethnic Studies in 2018 and implementing new programming for its inaugural year, from reading groups to workshops for ethnic studies faculty across the state. Beyond leading these programs, developing their curriculum, and advocating for them in the administration, Theresa made Ohio State a leader and participant in several regional initiatives, including an Andrew W. Mellon Foundation/Humanities without Walls-funded initiative on Latinx Placemaking in the Midwest. She also co-founded Mujeres Talk (now Latinx Talk), an online forum that became a dynamic space of exchange for Latinx scholars in the hemisphere. Finally, in 2013, she hosted the MALCS (Mujeres Activas en Letras y Cambio Social) Institute at Ohio State.