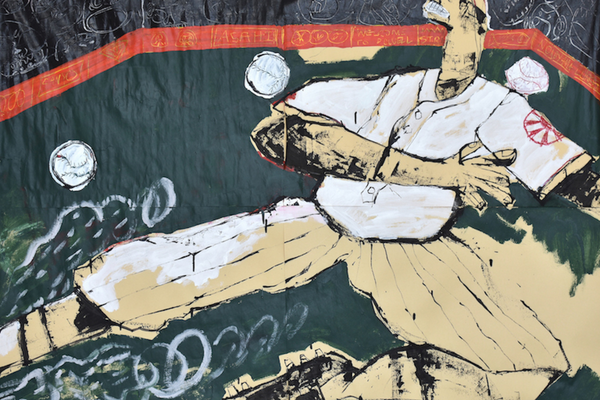 Following the March 16th, 2021, shootings in Atlanta, Georgia, where six of the eight victims were of Asian descent, mainstream acknowledgement of racism against Asians seemed to surface at long last. While many, including the police, cited gender issues as a motive for the murders, others recognized they related to the surge in anti-Asian hate following Donald Trump’s repeated reference to COVID19 as the “Chinese Disease.” Artists in the Asian diaspora—along with activists and scholars—were quick to show that historically, anti-Asian racism was always intersectional. tied to gender, class, and sexuality. Art that centers anti-Asian racism has grown to counter the rise in racist rhetoric and anti-Asian hate crimes.

This talk – part of a work in progress – considers how Cindy Mochizuki, Henry Tsang, and Kellen Hatanaka have responded to anti-Asian racism with recent art that links contemporary events to the long history of racism in British Columbia and the outfall of Japanese colonialism. Varying in their approach to gender, race, and class, these artists were motivated by the surge in racist hate crime to make art that was historically grounded and intended to raise awareness and heighten anti-racist activism in the present.

Dr. Namiko Kunimoto is Director of the Center for Ethnic Studies at Ohio State, Associate Professor in the Department of the History of Art, and Faculty Affiliate of the Asian American Studies Program

Lunch will be served. RSVP is required- click here to RSVP.

Free and open to the public. Sponsored by Asian American Studies Program and the Center for Ethnic Studies.

Contact Dr. Pranav Jani at jani.4@osu.edu for information on the event, how to minor in Asian American Studies, and more.